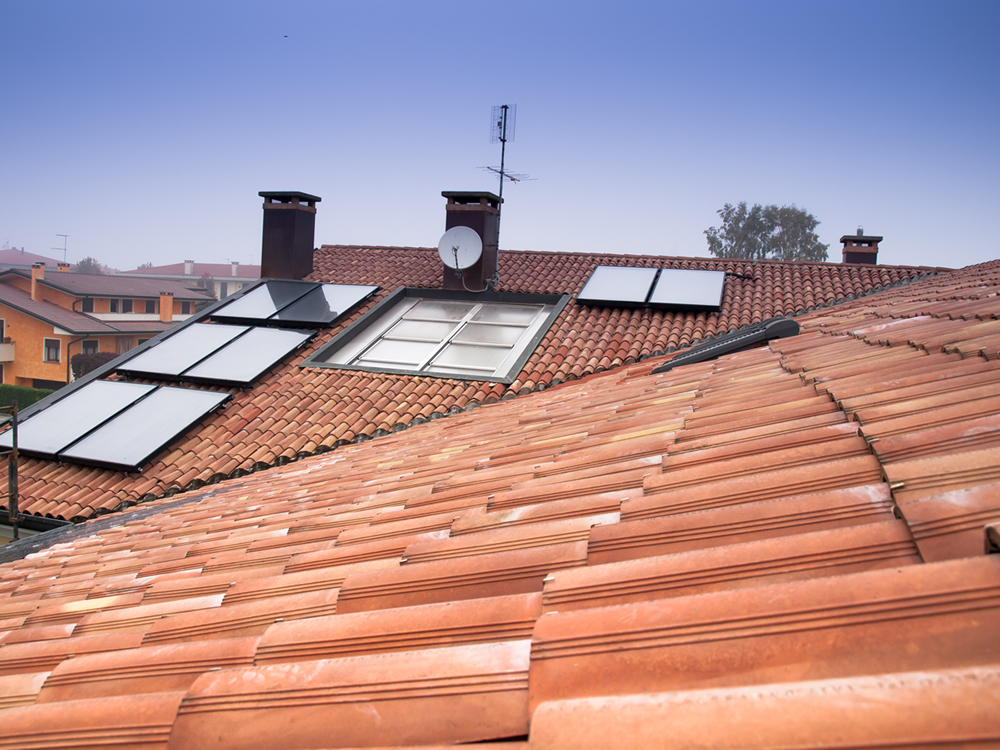 We all love our air conditioners, but it takes a lot of power to keep them going, as we know from our electricity bills. There’s an environmental cost too, as Ontario still uses fossil fuels to generate electrical power. Every year in the summer as the air conditioners switch on, the power grid strains to keep up.

Imagine if you’re the owner of any kind of business where you need to keep equipment cool. The heat output of a room full of computers, a manufacturing facility or a restaurant is huge. And when the electricity grid goes down, as it did in the 2003 blackout, it meant that most businesses had to temporarily shut down. The estimated economic impact of the blackout was between $7 billion and $10 billion.

The good news is that better cooling alternatives may be right around the corner, and at Dr HVAC we’re doing our part. Dr HVAC owner and chief technician Brendon Aldridge has teamed up with two groups of engineering students to build a working model of his solar-powered cooling unit. Once completed, it is expected that it will be way more efficient than anything available on the market today.

As early as summer 2016, the new machine should be ready for testing. Then we’ll know how efficient it will be and we can take the next steps to bring it to market.

Using the Sun to Keep Cool

The new cooling unit will not only save a ton of energy, there are other benefits. It will work without a lot of moving parts, which means a lot less to break down. It will also be almost noiseless. The noise you hear from most air conditioners is from the compressor, and the new unit won’t have one. It will even be able to work without producing harmful byproducts.

How Does Solar-Powered Air Conditioning Work?

The new solar AC will cool by taking advantage of one of the fundamental principles of matter: when a substance changes state, energy (in the form of heat) is either released or used up.

Depending on the substance and how it behaves in different temperatures, you can either force this process by applying energy, or you can allow it to happen naturally. Water, for example, will evaporate on its own at room temperature, provided the air isn’t already saturated with moisture.

All air conditioners (including the refrigerators in our kitchens) use the energy released by a cycle of heating and cooling to cool our homes. Most of them use a chemical called a refrigerant that changes state more easily. The difference lies in the fact that Brendon’s design won’t need a chemical refrigerant, just water warmed by the heat of the sun.

Here is a very simple explanation of how the new solar powered AC will work:

There is no electricity used in the cooling process. The only electricity that’s needed is a small amount to keep the water pump working to circulate the water around from the heating area to the cooling area.

An Idea Is Born 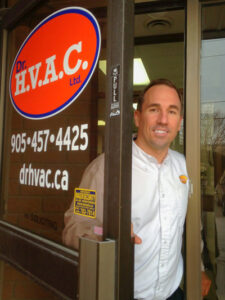 “I’ve always been fascinated by the idea of free energy,” Brendon says. “I know it’s not supposed to be possible to get completely free energy, but even if we come closer it would still help.”

Brendon has always loved following the progress of solar power. While solar isn’t efficient enough to power everything we use yet, he was really interested in how it keeps making baby steps forward. Brendon took courses in solar power and kept following the engineering advances of teams around the world.

In 2007, Brendon started sketching and tinkering, and coming up with a small tabletop model of a way to use the heat of the sun to create a cooler indoor environment. His first idea was using solar power to heat water.

The Dream Takes Off

As a busy business owner, Brendon didn’t always have the time he wanted to devote to his project. But he didn’t give up. He joined the Ontario Network of Entrepreneurs (ONE) which encouraged him to find other ways to turn his idea into a reality. From there he learned about the RIC – Research Innovation Commercialization Centre. Through this program Brendon was put in touch with a couple of teams of engineering students who could help.

The RIC Centre has a rigorous control process to make sure ideas are valid before they are handed out to students. The colleges involved have to approve them as well. A board has to review the idea first, and after approval student teams have to find them interesting enough to work on.

Luckily for Brendon, two colleges – George Brown and Sheridan – have approved the idea. The students from George Brown will be working on a smaller version, and Sheridan will be building a larger scale model. Currently the George Brown engineering team is almost finished the CAD design, with completion scheduled for December. 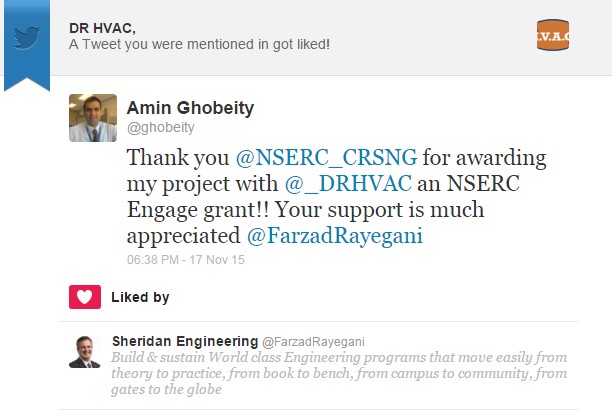 By spring, the new models should be ready for testing as the sun gets stronger.

An Idea With Potential

It’s ironic that the greatest source of energy we have, the sun, can be difficult to harness and use. Capturing it isn’t always efficient. Plants use sunlight to fuel themselves, but they don’t move around much. It takes animals, who consume a lot of plants, to really take advantage of the sun’s power.

With human understanding of the laws of nature, that is starting to change. With ingenuity, hard work and time, we’ll soon be able to use the heat of the sun to help keep us cool.

Check Out How it’s Going on the Goldsun Website 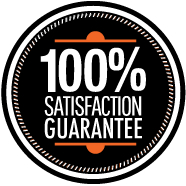 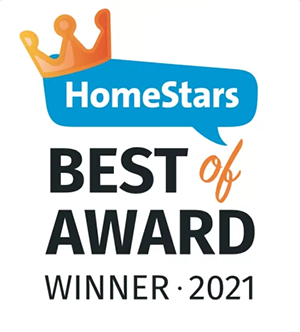